mentocome ... A joint work by Rainer Rabowski and Axel Grube from 1992; appeared on the label 235 / Cologne.

About 20 LPs are still available. A CD release will appear in July 2017. 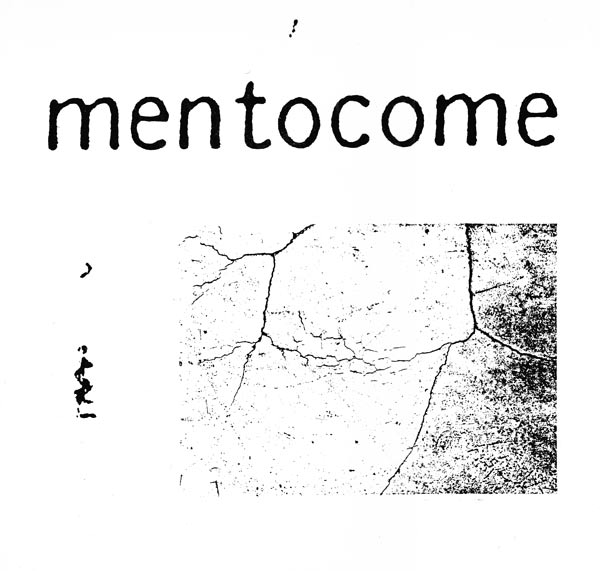 Kol dmama daka. A voice of gentle silence.
In terms of form and methodology, it meant working towards silence, alternating between chance and selection and the tendency towards reduction and abstraction, to give it a framework. Framed silence.

Heraclitus: Understanding is the most important virtue; and wisdom consists in saying and doing truth in accordance with nature, while listening.

And the Prophet Elijah  hears the question of the 'eternal' to him only in silence: “What do you want here, Eliah”. 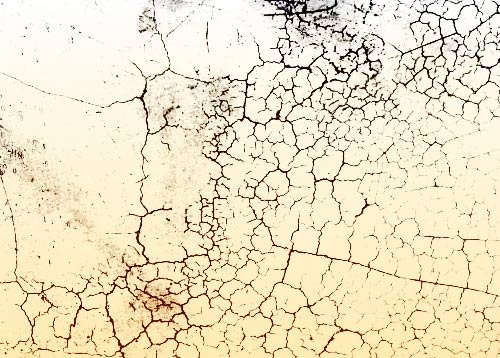 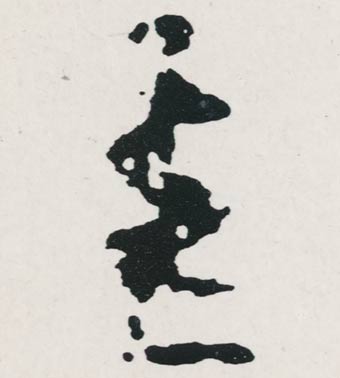 I would like to claim that the creation of “mentocome” is based on “enjoyment”, moments of experience of the unbelievably good.
However, the proof of the sentence "now is the time for all good men to come ..." is not exactly a source of comfort. The suffix “... to the aid of their country”, for example, refers to a culture of the “good”, which sometimes expresses itself in the transformation of moral purpose in excessive violence and destruction.

Nonetheless - when the sentence suddenly appeared at night in a trade fair hall - it suddenly came, due to some technical delay, on an otherwise empty A4 sheet from the slot in a white wall surface (from the printing press, which was somehow cached in terms of exhibition construction - also - a US - American manufacturer) - I was touched.

Echo of heaven, sacred heart - with the image of a complement, with this one encouragement Holderlin means the person who is essentially gifted for correspondence and eccentric trajectory in this span and who feels himself to be called upon inside.
It's a matter of lust and enjoyment. Doesn't your foot walk like it does on carpets?
The art plays around she flies for the truth, but with the resolute intention not to get burned. The humility towards the mystery is the complement of the passion for the Rush against the border: In Revelation live up to the secret.
A blind taste, a transfer, a practice: Our art is one to be blinded by the truth. The light on the receding grimace is true, nothing else. Humor and openness of erratic knowledge. She doesn't want to expose, just bring the taste into green life.

The special talent in listening; the experience of the parable, all the more so when it protrudes into the silence. In the form of a rhythm, a web of silence. A bare fields, a framed, a provoked, eloquent silence: the resonance of a Voice of tender silence: The othem of nature blows at you, creating silence, like a barren field.

The term revelation, in the sense that suddenly, with unspeakable certainty and delicacy, something becomes visible, audible - Organ and methodology. Analogical methodology: in preliminary groping, in the creative alternation of chance and selection, in blind simile. The ability, To find a place in the dark emptiness where the ray of light, without which this would have been recognized beforehand, can be strongly caught. 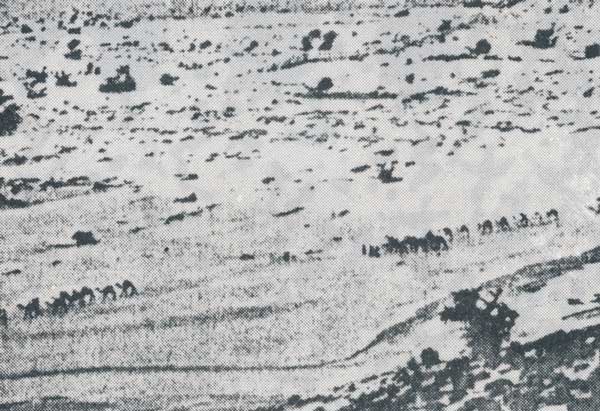 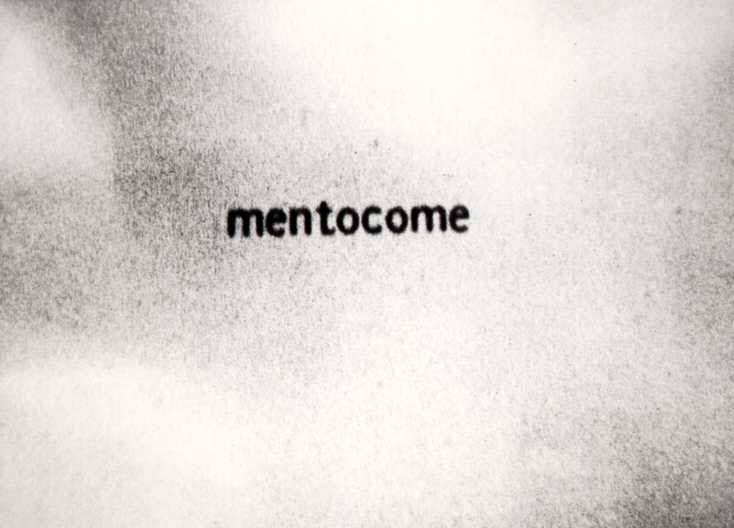 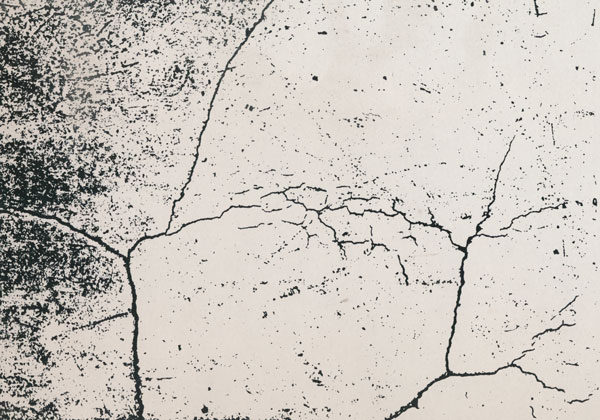 "Now is the time for all upright men to gather together for the sake of their country to help their leadership stand together ..."

Probably first spoken in the US Constitution Gathering:
So, fellow citizens, now is the time for all good men to come to the aid of their country ... to demand transparency, sovereignty and independence. I'd love to have all this alarm proved false, but this is no trivial matter. So, now is the time to be searching out the facts and insisting that the United States of America shall remain one nation under God. (The name of the first speaker is not mentioned anywhere.)

In the modern adapted form, it has become a typewriter teacher's sentence. The Kolportage knows: "Now is the time for all good men to come ..." court reporter Charles Weller tapped out when his friend Christopher Sholes asked him to test an early prototype of the typewriter in 1867.

A sentence that from now on can be thought of from several sources and, in the course of time, also through its modifiability - which evokes a certain seriousness with a slight pathos - is transformed into its speaking building block character: it becomes a rhetorical blank with either biblical echoes or such American fundamentalist national pride, however, is already a placebo that has lost the reason for the cure.

In the church context:
"... the time is come which all good men have wished for, that the gentlemen of England may serve the Church of England ..."
(Daniel Defoe, "The Shortest Way With The Dissenters", 1702)

The discoveries as a speech module in the TV age - interestingly enough, with the advent of advertising (soap) - are countless. "Now is the time for the brand new potato tupper from XY ~ $ *} that everyone will enjoy."

The more recent legend speaks of this sentence as one found on an IBM printer test printout at a trade fair stand in Düsseldorf, around the mid-nineteen-eighties.

The ways of the Lord are inexplicable.

II "Nothing is lost"

To what extent is a name, a scar, an address, a registration necessary to anchor an event? Does it dissolve if left unconnected? The umbilical cord ... against surf and wandering, says Democritus.

Certain pre-Socratic ideas of music of the spheres, of a given or precedence of music, were important at the time, the utopos of a sound cleared of intentions. Settlements and coincidences and Cage techniques brought inspiration. But: The dream of a greater order, of objectivity containing the other world - does it only create further subjectivistic monsters?

The melos had increasingly dissolved in favor of abstractions, in which design only appeared as their “deconstruction” and the pause was the essential unit of order between noisy sprinkles, “structural vacuum fluctuations”.

(Leukipp's atomism. Later thought: If everything in the world consists of atoms, but the atomic structure, according to its model of a nucleus and its orbitants, is itself essentially empty, almost infinitely empty - any atom would be almost infinite on a scale much larger than our solar system: and it would be almost completely empty - where, how, as what to find itself in this empty, almost entropic space? ?)

If silence is only possible approximately at all, but it has to be the essential reference, especially for the tonally uneducated, there is a certain dilution of meaning also in what is encircled with its residual tones. Abstraction, the organization of increasingly rare occurrences - that was one pole. Strict selection. Delicate hybrid formations.

The other were so-called “audio images”, in which experience and fantasy could emancipate themselves from the idea of ​​the unconnected and become more concrete, could be named, communicable in aspects of a vaguely perhaps again communicable general, by means of which that He wanted to hear in the other direction of his fortune and inclinations, even into the exuberant, indulgent nature of the objective world.

Nevertheless: "... listen to the passages that can be left out" (Miles Davis).

In the non-semantisable echoes of music - which can be elaborately paraphrased, but thus almost always remain inaccessible - one touches border zones. (Notation is a notation system made up of distinct characters, more like a navigation system, a mathematical formula, not an actual writing.)

The line broken many times - the fractal, a coastline broken down to a grain of sand, complex self-similarities through the scales up to only calculable zooms - none of these were common ideas, let alone elements of definition, in accordance with their careers to use the chaos theory, which then quickly became popular. (The beating of butterflies that triggers the tornado ... the cumulative upswing of tiny forces to unpredictable effects.)

Nevertheless, it seemed, the broken line, a useful visualization to suggest a visual equivalent for certain moments in music, the acoustics, which are still difficult to describe, processes aimed at their higher resolution of sound parameters rather than sound spreading. There are like organic diversions of microstructural events through time decelerations, where pumping, breathing edges of noise become audible, a kind of heartbeat, as it were, of the mineral, which functions as a formal alignment between the organic on the one hand and pure mathematics on the other: Something of the reagent in the complex relationship of forces, something of the crystal, something like a corpuscle, which iteratively follows the unpredictable movement as well as the movement created in it.

It was also the time before the “deterritorializations”, a theory thing that with its word fields offered a framework for movements to leave “the field of social determinants” (which is of course so chic that everyone wanted it), and which then became more or less powerful and still has its residual effects today.

What the broken line and the tracking of its movement allow is less time-related and less related to the context of the “thousand plateaus” that arise in the course of techno and digital means of self-production, which means that the deflection of the line, of the pulse, is allowed: “one to adopt eccentric positionality ”(H. Plessner). From there, it is also easier to operate with uncertainties.

Today it is easy to use a mathematical formula from the chaos theory and its recursive equations to create a cloud or a continuum from a point, and a surface from a line. The formula itself has become the algorithm of digital music production, with its precision, however, often at the cost of the blurring quality, a charm of the in-between from the non-linearly organized world, which can usually not be determined precisely enough. The pure line - it negates all approximations, in the ideal of perfection it also means an ultimate inaccessibility.