Christian Hoffmann grew up in Poland during World War II and in East Germany after 1945. In the GDR he worked as an actor and bookseller. In 1957 he left the GDR and went to West Germany. In the Federal Republic, he completed a degree in education at the University of Education in Göttingen. From 1962 to 1974 he was employed in the Lower Saxony school service.

He has been a freelance writer under the pseudonym Jan Christ since 1974 and has published narrative works, radio plays, poetry and plays. In addition to various author grants, Jan Christ received the Literature Promotion Prize of the City of Hamburg in 1986.

While his early works were characterized by socially critical themes, his more recent works are experimental in nature and are subject to controversial reception. "Literary criticism is undecided as to how to take the literary risk of his texts."[1]

When his debut "Asphaltgrunde" (1976) was published, he was 42 years old and had already worked as a primary school teacher for 12 years. "Asphaltgrunde" was published with the addition "Storys" in the renowned Rowohlt series "dasneue buch", which was published for
Christ offered an ideal forum, since it was set up especially for innovative literary works.
"Asphaltgründe" comprises four short stories: "The court life of Hannes W", "The little Sicilian enters", "A Migg remains a Migg" and "How the roof climber comes off the roof". They all play in the same setting, namely the playground of an elementary school, whose "struggle for life" with its "Darwinian mechanisms" (Ludwig Harig) they follow episodically: people jump over skipping ropes, scrawl on the asphalt or climb the school roof. A mafia school gang takes action against the "corner guards", defends the stairs like "fortresses" and tortures their prisoners. From time to time, the headmaster Stumpfnegger steps in and disciplines some students, especially those who remain stubborn and therefore appear rebellious. In each sub-narrative, a different student takes on the part of the rebel. The start is made by the "flat-grown cheese" Hannes W, who knows how to shine as an "asphalt painter" and "snowman" builder. After him, the Sicilian Guido, disguised as a knight and equipped with a children's drum, makes his appearance, but this is interrupted by a mother who hysterically misses her child. He is followed by the wild orphan Migg and presents his dog's ulcerating wound. Finally, the grass-thin Bernd shows up and, knocked down by something diffuse, has to be carried to the headmaster's room on a bare. The verdict that Stumpfnegger knows how to make about Hannes W applies to all of them: “Hannes W, he is someone like no one has ever been before, no one at all as long as the school exists, and he should know that, finally know that this cannot be helped.”
The scene itself appears as a self-governing and self-sustaining system, as a ripple and weave of "game runs, ball paths, amid skirmishes, actions, quarrels, where states of war persisted, where many wars simultaneously and intersected, forming a cutting edge, but each had his war and his enemy".

Asphaltgrund” already brings together all the moments that will also characterize the following works. Jan Christ's interest applies throughout to the same social type: the latently defamed but artistically valuable outsider. Whether he is a primary school student or a person displaced by the war (“Der Morgen auf dem Land”, 1980), whether he appears as a clairvoyant (“Anna Wentscher”, 1995) or as a writer (“Kleist fiktional”, 1999) – he always has an impulsive, creative personality Mobility that the prose texts surrender to unreservedly. From her they get their narrative impetus, with her they help the outsiders to achieve a dignity that is denied to them in the social realm.

Their idiosyncratic integrity disrupts the social machinery and triggers repressions that are intended to bring them up to the level of the established. However, Christ does not let the outsiders and the established socially critical or morally indignant or highly dramatic clashes. Rather, the prose texts maintain the level of tension that they have built up from the beginning, without evaluating the events in terms of ups and downs, good and bad. Christ's works all have a strong autobiographical character.

Jan Christ used the time after his debut for targeted empirical studies. He worked as a traveling reporter and scouted out milieu or job-related forms of language and life. A place where he stayed regularly for years was the Hamburg fish market. There he recorded the shouts of the barkers on tape and used the material as a source of inspiration: "In this space between what has been said and what has not yet been formulated, an eerie initial space arises, and that is where I like to stay." (Christ in an interview with employees of the Bochum theater) The calculability of our normal relationships, they become so empty and meaningless, while in these relationships (...) you get exactly what you miss in normal relationships, namely spontaneity, sudden affection, sudden turning away, difficulties that haunt you even in your dreams.”

In 1979 and 1983 he took part in the reading competition in Klagenfurt for the Ingeborg Bachmann Prize.

Jan Christ has lived in 27 places in Germany, since 2005 he has been living in Berlin. 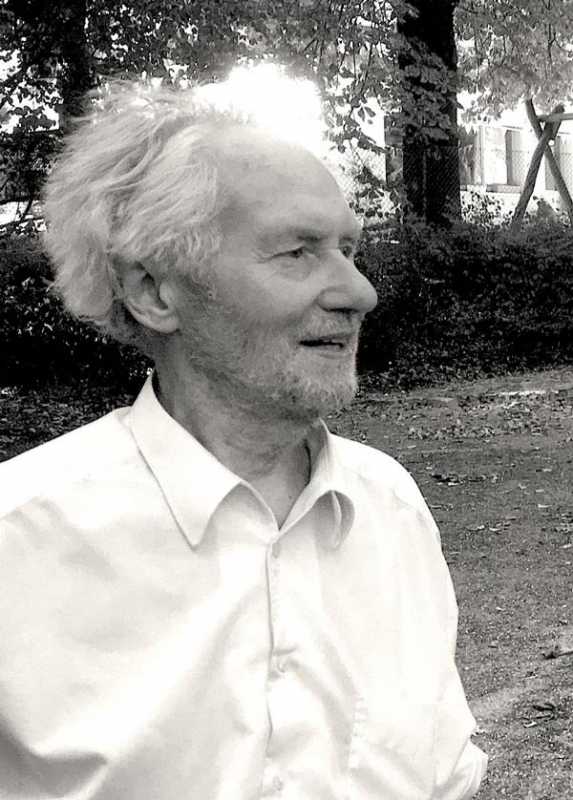 Available from September 1st at onomato:

The piece “Nachtzug” is dedicated entirely to the railway. A radio version of the performance “Railway/Gleiskörper” by Jan Christ and Henk Nuwenhoud. Christ acts as the narrator of his own lyrics, while Nuwenhoud supports him on a self-made instrument with rhythms and sounds adapted to the "railway" theme. In this radio piece, the equality of word and sound emerges far more clearly than in the performance and is also underlined by the use of railway noises.